Or you can reach me at

Call me during the day or evening. Email me anytime.

Now you can find out everything about our services on our Website.

At the 19th Worlds's Poultry Congress in September 1992 held in Amsterdam, a wonderful collection of poultry prints by Van Gink was released in honor of the event. The Van Gink collection spanned his artwork from 1890 to 1968. The artistic precision by which he pinpointed the characteristic features of a strain have never been equaled.

Accompanying each print is a historical brief on that breed. Poultry has been kept by farmers for a long time. The distribution of the poultry strains of Western Europe took place from the East. Long before the present era chickens were well known as domesticated animals in China, India, and East Africa.

In the middle ages the monasteries especially contributed to poultry husbandry. Meanwhile, chickens were kept also for income on farms.

Here is the list of the prints available and a few scans. Each is in excellent condition and preserved in a poly sleeve with a poly sleeve. The high gloss prints are 8.5 by 10.5 inches.  Added is a brief historical outline of the breed.

These are truly spectacular.

Shipping is additional. I will pack with care so that they arrive to you in great shape.

To order, please copy the print title and email me at: arthurclarke@msn.com 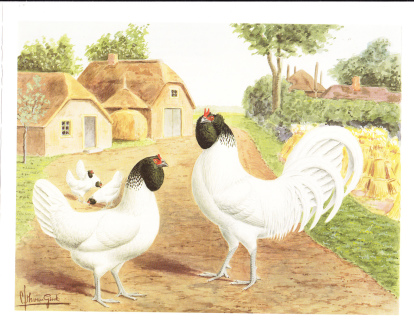 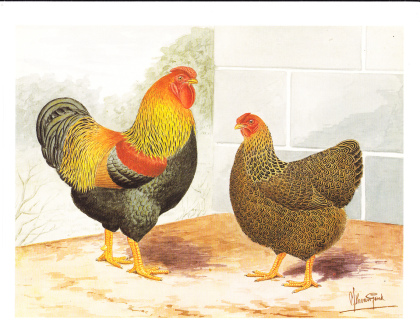 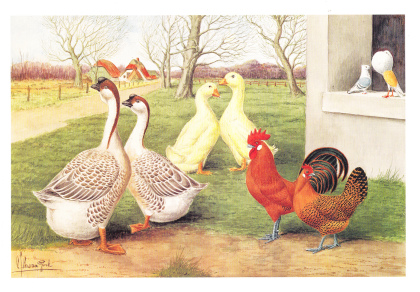 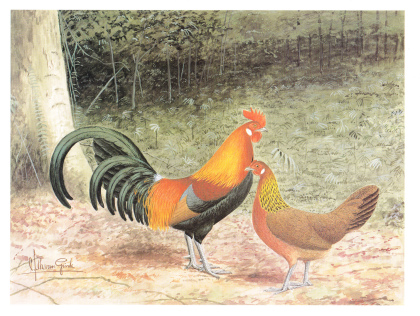 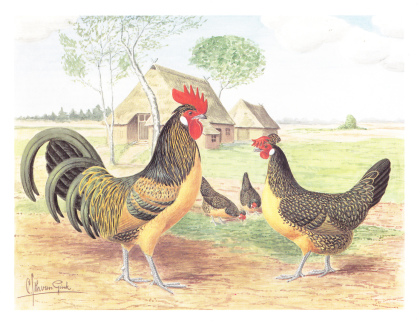 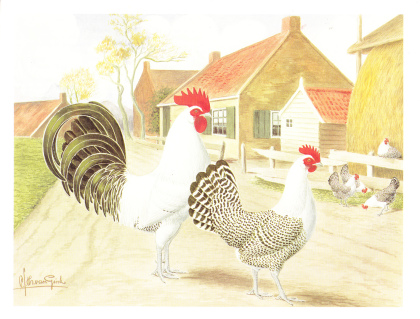 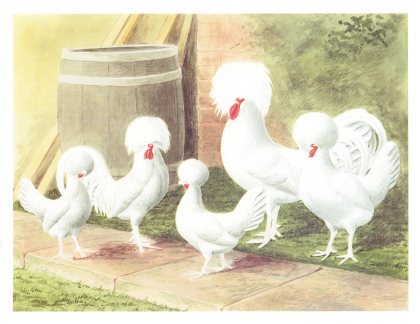 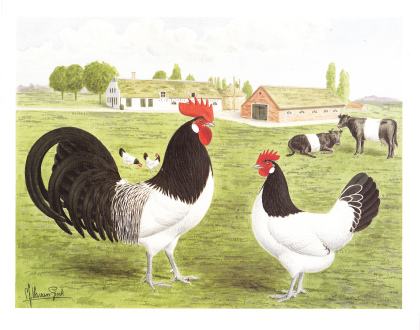